ACE Caravans was started in 1986 by Rex and Beverly Gadsby.  At that time they had about 40 caravans and concentrated purely on the caravan rental market.

ACE Caravans is now run and operated by their son, Cliff, and his partner, Tina.  The business has gone from strength to strength over the years and is very well-known in the Bay of Plenty.

Although ACE Caravans started out as purely long-term caravan rentals, Cliff and Tina first branched out into RV sales and the recreational market, and then more recently have added motorhome and caravan repairs and renovations to the numerous services which the business offers.

Giving confidence to our customers that Ace can deliver to high expectation whether you are redesigning your RV or having repairs carried out.

Having a highly qualified coachbuilder as part of our team we can be sure of a first class result.

At Ace Caravans we have an excellent team of specialists in the sales, repair and rental of caravans, campervans and cabins.

Customers and service are our top priority. 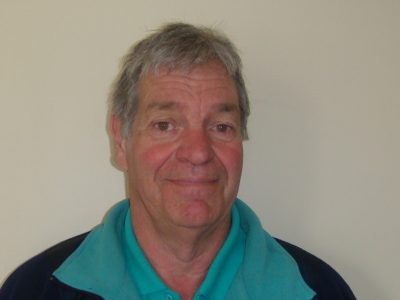 Cliff started in the company helping his father, Rex, as well as running his own Marine sales business. Cliff’s background also includes the building industry, and this is particularly useful when it comes to RV Sales and the Rental fleet. Cliff also spent time in the automotive industry, giving him an additional insight into the RV Sales and Rentals business.

Cliff focuses on getting the right RV for the right person. 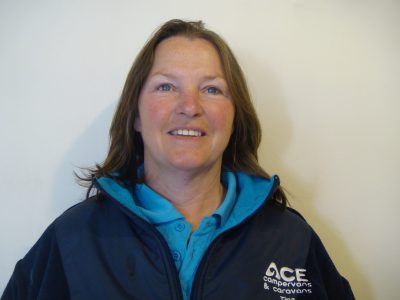 Tina works in the accounts department, and has a passion for keeping everything in order and organised.Why?you ask, because people want to know who they’re doing business with. It’s a human thing.

Tina bought into the business in 2010, and her main background is in hospitality. Tina started at the popular and well-known Marriott chain in the UK. When she moved to New Zealand Tina continued in Hospitality, where she was engaged as a trainer and assessor in the industry.

Tina’s experience and knowledge are invaluable for the day-to-day running of the business.

As the Rentals Manager Clinton controls the movement of the caravans and campervans to and from customers all around Rotorua and the wider area.

Clinton has a passion for hospitality, and he has worked in various roles including as a head chef and a barman. Hospitality seemed to naturally lead to a role in the Tourism sector, where instead of matching customers with food or wine Clinton now matches customers with caravans or campervans.

Clinton has experience outfitting caravans and his ‘can do’ attitude means he is very hands-on when it comes to the maintenance of the vehicles on the fleet.. 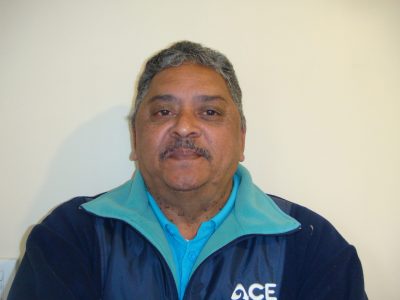 Jeremy has a passion for coach-building and making his work especially repairs look like new.

Jeremy has vast experience in building, repairing and accessorising motorhomes and caravans.  With nearly 30 years’ experience in the industry he is skilled in coach-building, spray-painting, general vehicle maintenance and repair, refurbishing of vehicles, out-fitting new vehicles, installing cabinetry and associated components.

Jeremy has also prepared vehicles for final checks and tests, as well as tested prototype vehicles and vehicle component operation and quality.

In 2004 the KEA Manufacturing Company in Albany, Auckland, offered him a position as coach-builder, to build KEA Motorhomes.  Jeremy became the Supervisor of the group of Team Leaders in 2010, supervising the day to day production of the motorhomes.  He remained with the company through its transition to the RV Super Centre (Action Manufacturing Albany).  Here he built KEA, Maui and Britz vehicles.

When Jeremy moved to the Bay of Plenty he worked at the RV Mega Centre in Tauranga, where he repaired and modified motorhomes, caravans and buses, and also did custom-built vans.

Jeremy learnt his trade in South Africa, working for companies such as Priclo-CI Gypsey, Jurgens Caravans, and CI Sprite.  He did his coach-building internship with CI Caravans and Motorhomes. 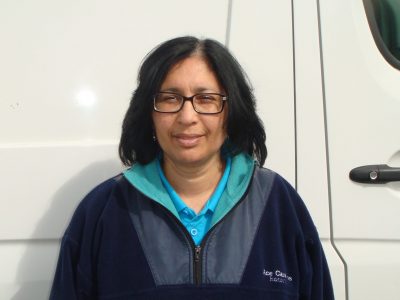 Chantal’s main work background in New Zealand is in the Tourism industry. She spent a number of years at KEA Campers in Auckland, where she worked first as Customer Service Representative and later as Customer Service Supervisor and Reservations Agent. She left KEA Campers prior to that business becoming part of the Tourism Holdings group, and had a short stint at Gimours North Shore before she and her family relocated to the Bay of Plenty.

Chantal spent a few years doing campervan rentals at the RV Mega Centre in Mt Maunganui before joining the team at ACE Caravans.